Jaxx suggest their wallet “is the top choice of Bitcoin users and traders worldwide for its security, privacy and simple yet powerful set of features.”

Let’s put this claim to the test with a Jaxx wallet review. Is it really the best cryptocurrency wallet?

What is Jaxx Wallet?

Jaxx is a multi-cryptocurrency wallet, meaning it has the functionality to support a wide range of cryptocoins such as Bitcoin, Ethereum and Litecoin.

It’s free to download and is compatible with Windows, Mac, Android, iOS and other platforms. The wallet is developed by Decentral Inc, a blockchain company based in Canada.  This company was founded by Anthony Diiorio, known for his work with Ethereum as a co-founder.

One key feature is that it integrates with the Shapeshift exchange meaning you can easily convert one coin or token to another. For example Bitcoin to Ethereum.

Jaxx is a digital “hot” wallet, meaning it is connected to the internet. Wallets which connect to the internet at some stage are inherently more vulnerable and for large holdings you should always use a hardware wallet like Ledger Nano or Trezor. Do not take shortcuts when it comes to security.

How to Use Jaxx Wallet

Step 1: Download Jaxx from https://jaxx.io/. Ensure the site is shown as “Secure” before downloading it onto a personal device and check you are on the official website.

Step 2: Open up the application. You can either create an “Express” or “Custom” wallet. Don’t worry if you choose “Express”, you can customise your wallet later on. You must then select which token / coin wallets you want (depending on the cryptocurrencies you are planning on storing.) 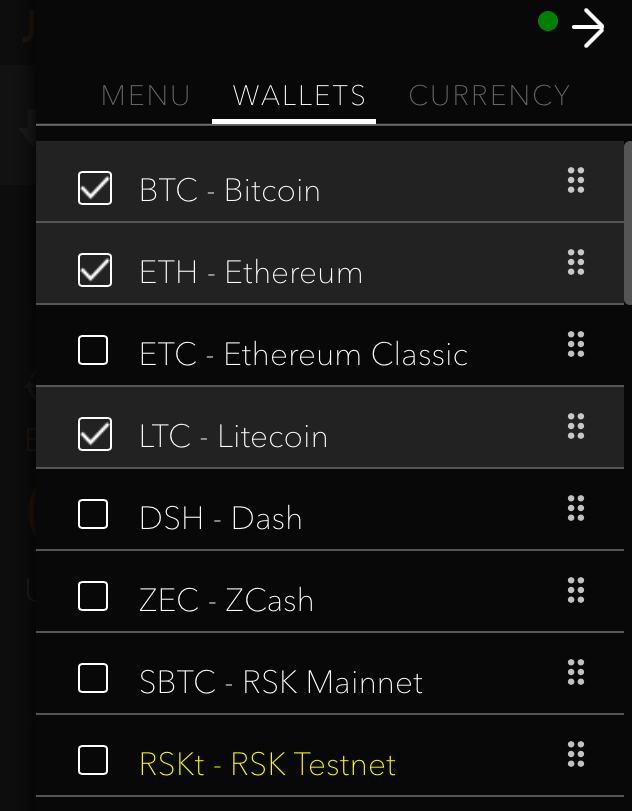 Step 3: Set up your 4 digit pin from the Settings Menu. This is used to open your wallet and required to process transactions.

Step 4: IMPORTANT: Navigate to the Tools Menu and select the Backup Wallet option. This process reveals a set of 12 random words which are your backup phrase. You can use this to restore your wallet on another device or pair your wallet in another version of Jaxx. This should not be shared with anyone and should be kept in a safe location. If you lose this phrase, you will lose your funds. 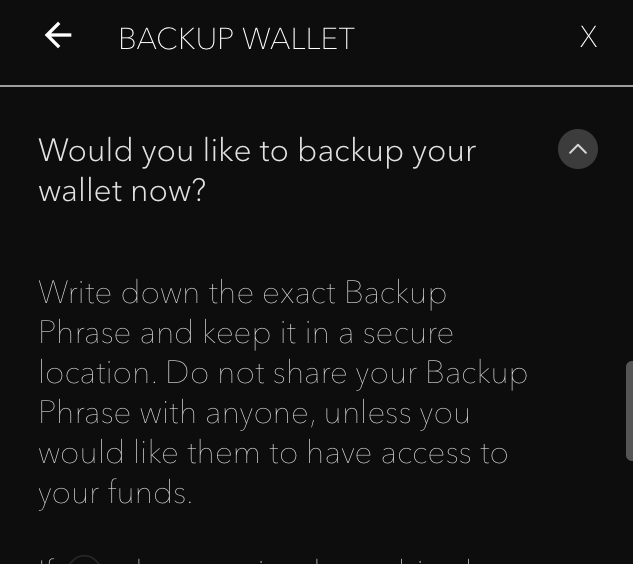 Step 5: Finally, you can send funds to your wallet, depending on which cryptocurrencies you’d like to store on Jaxx. Navigate to the particular coin wallet, and you will be shown the public address where you can send funds. Always make sure you are sending Bitcoin to a Bitcoin address, Ethereum to an Ethereum address and so on. If you send Bitcoin to an Ethereum address for example, you risk losing your funds. 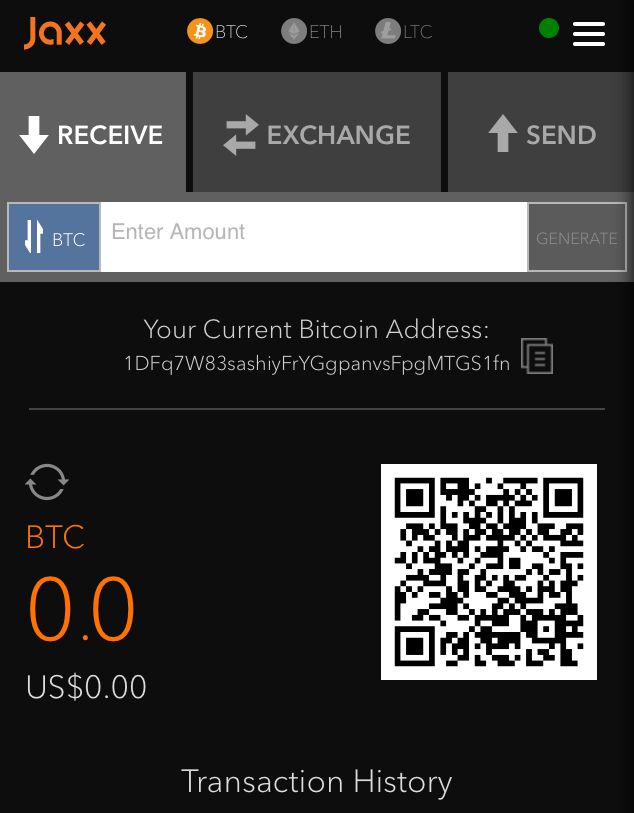 Step 6: You can also use the Exchange functionality supported by Shapeshift to convert one cryptocurrency to another if you wish. For example to exchange Bitcoin to Ethereum. 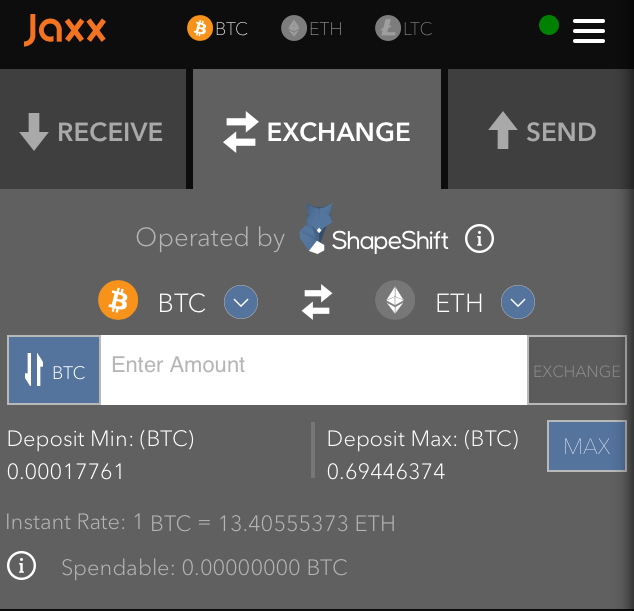 Trust is vastly important in crypto and choosing a wallet that you can rely on is essential.

One thing to mention is that  Jaxx is not open source ; meaning that the core code cannot be viewed publicly. Other wallets such as Toast for XRP is open source and this is welcomed by the community as it allows other developers to verify and challenge the application code. This can be particularly beneficial to improve security.

Not being open source doesn’t mean it’s not safe. It just means that the core code cannot be independently verified.

How Secure is it?

There has been some bad press surrounding Jaxx security in recent times. One particular issue was an article that suggested anyone can extract your Jaxx seed (your 12 word backup phrase.)

This was originally posted on Reddit with one key finding:

Even when your Jaxx has a security PIN configured, anyone with 20 seconds of (network) access to your PC can extract your 12 word backup phrase and copy it down. Jaxx does not have to be running for this to happen.

If someone is able to steal your backup phrase, they can restore your wallet on another device and gain access to your cryptocurrency. This is possible because the seeds (backup phrase) are stored with an unsecured encryption. The Jaxx software encrypts the seed with a hard-coded encryption key, instead of implementing a user-supplied password to access it.

It’s worth pointing out that  this vulnerability requires access to your machine  in order to be vulnerable. In this case the hacker would also have access to everything else stored on your machine, and not just the ability to infiltrate your Jaxx wallet.

The CTO of Jaxx, Nilang Vyas, actually responded to this discovery on Reddit.

The ultimate message is that only small amounts of crypto should be stored via Jaxx, with larger holdings stored via more secure methods such as Ledger Nano or Trezor hardware wallets. Jaxx is a good option if you’re actively trading and don’t want to hold your funds on an exchange.

CoinTelegraph also reported a story in which a user claimed to have had $400k stolen from their Jaxx wallet due to the above vulnerability. The article notes that the theft is based on unsubstantiated claims, and that absolute proof that a vulnerability can be exposed has not been proven.

From our perspective, the added element of a strong user-supplied password in addition to security such as a thumbprint option for iPhone / iPad could be a welcome development for Jaxx. But it does not appear these security updates are being planned as it would impact Jaxx’s user experience.

Please do your own research before using a wallet and understand the implications of potential security flaws.

One of the greatest benefits of Jaxx is that it supports a range of coins and it is always adding new ones. Finding one solution to store multiple currencies is a significant issue for many crypto investors and Jaxx helps bridge this gap. Currently it supports:

Jaxx applies transaction fees similar to other wallets which go directly to the networks that run the specific cryptocurrency. For example mining fees for Bitcoin. Jaxx does not make money from this.

They do however make money from ShapeShift transactions recorded on Jaxx, but this is not passed onto the user.

You can change the speed of Bitcoin transactions via the Jaxx settings menu by selecting “BTC Mining Fee.” You can select Fast, Average or Slow. This dictates how fast your transactions will be processed, with faster processing resulting in higher BTC mining fees.

In terms of the app itself, there have been reports that it’s slow and buggy at times. Most of these issues should be fixed alongside development updates which are implemented. One look at the Appstore reviews suggests many users have historically had problems with the app crashing or not loading properly.

From my own experience using the app, I have not yet had an issue that would cause me to doubt its performance.

In Summary
[ratings]
DISCLAIMER: Be aware that the activity of cryptoassets mentioned in this article is unregulated. This article must not be construed as investment advice. Always do your own research.

Michael is a firm believer in blockchain technology and the benefits that it will undoubtedly bring. Having achieved a masters in economics from the University of Edinburgh, he is committed to exploring the evolution of the cryptocurrency market and how best to navigate it.

Stay ahead of everyone else

Thank you for subscribing.

we respect your privacy and take protecting it seriously

TotalCrypto.io is your home of unbiased cryptocurrency knowledge. Our mission is to provide honest guides and articles to help you learn about cryptocurrency and give you knowledge safely trade coins like Bitcoin, Ripple and Ethereum. We’ll also help you navigate through crypto wallets, exchanges and more.